Louis Vuitton is set to present its much-anticipated cruise 2017 collection at Oscar Niemeyer’s Niteroi Contemporary Art Museum in Rio de Janeiro on Saturday. Despite the possibility of contracting the Zika virus, the Hollywood and fashion set don't seem too worried, as A-listers including Alicia Vikander, Catherine Deneuve, Jaden Smith, Zendaya, Doona Bae, Rainie Yang, Alessandra Ambrosio, Isabeli Fontana and Tao Okamoto are among the guests confirmed for the front row.

This is the first time the flying-saucer-shaped museum will host a fashion show. The white modernist structure is reflected in the pool's base, designed to look "like a flower," according to late artist Niemeyer. "This setting inspired me right away," said artistic director Nicolas Ghesquiere. "With the 2017 cruise collection, we’ll be discovering the vision of Oscar Niemeyer." The museum is celebrating its 20-year anniversary and will reopen soon after the LV presentation. Four Louis Vuitton-sponsored exhibitions will be shown at the museum this year.

Guests will enjoy a jam-packed itinerary, between partying and visiting Rio de Janeiro’s top spots. Post-show, guests will enjoy dinner and entertainment at the expansive mansion Parque Lage at the foot of the historical Corcovado. The morning after, guests will brunch at a private resident in Santa Teresa, which boasts an incredible view of the city. Planned activities include a privatized site (for epic Instagram photos) near the Christ the Redeemer statue that overlooks the city, a helicopter tour of the city and paddle classes at Praia Vermelha. Guests are already #cloggingthefeed with posts under the hashtag #LVcruise in anticipation of the big show.

Louis Vuitton didn't release detail shots from its Cruise 2017 show, so we've been eagerly awaiting the first close-up images of the collections bags, and now we're excited to have a few to share. The brand released its latest ad campaign this week, helmed by actress Alicia Vikander, and she's carrying new versions of some of LV's recent favorites.

So far, the campaign includes new iterations of the Capucines Bag and Twist Bag, as well as a new python fabrication of the brand's recently introduced a la carte straps. Check out the first images of the bags below, as well as the campaign so far. We don't have prices quite yet, but when we do, we'll make sure to add them.

It takes a certain kind of confidence for a designer to stage a collection in front of one of the most striking buildings in modern architecture, overlooking the magnificent cliffs and waterfront of one of the most exciting cities in the world. ButNicolas Ghesquière has built his formidable career on taking chances and following his own internal muse. The 47 looks he sent down the runway at his Resort 2017 show at the Niterói Contemporary Art Museum in buzzing Rio de Janeiro, more than held their own against their spectacular backdrop.

Over 500 guests from the global fashion elite, and celebrities such as Alessandra Ambrosio, Jaden Smith, Catherine Deneuve and singer/actress Zendaya sat on colorful benches snaked throughout the outdoor deck of the Niterói as models paraded down a lengthly crimson ramp emerging from the museum. The colorful, sporty collection reflects Ghesquière's ongoing obsession with leather and scuba-inspired silhouettes without neglecting the Vuitton legacy of exceptional handbags. Lush multi-pocked bags worn around the waist or carried (please don't dare call them fanny sacks) in black and white, a boom box purse equipped with Bluetooth to play music, and the Pliage, a joyful, swingy little masterpiece with a foot of fringe hanging down are all in line with Ghesquière's mission to nod to the past but move fearlessly forward by creating new LV classics.

But the star of the show was incontrovertibly the clothes: body conscious without being indiscrete, colorful without being clownish, and sophisticated but never hoary. The show opened with a series of color block dresses with high-low asymmetric hems and strategic cutouts around the body in bold blues, blacks and greens with mixed textiles and leather trims. For the woman whose holiday will be spent in a cooler climate, there is an exceptional leather belted car coat, red and black track pants, and a black leather and brown suede jacket. Black cargo pants in meticulously shaved leather, crafted by the artisans at the LV facility in Asnières-sur-Seine are the kind of flattering, wearable wardrobe staple that one might find it a challenge to NOT want to wear daily, in any climate.

Indeed, the marriage of Ghesquière's passion for leather with the Vuitton house's immaculate leather know-how is a union of both love and convenience, and the designer did not hesitate to sprinkle his resort collection with classical silhouettes rendered in leather. Snap-front A-line minis, a blue suede strapless A-line dress with black trim and studded leather vests were fresh reinventions of 60s hippie chic without disseminating the slightest whiff of pachouli. Amidst the sporty and wearable separates, there were still plenty of options for girly-girls at summer weddings. In particular, his segment of dresses with ruffles on the bust and hips are perfect for dancing all night in a Rio disco or attending a garden party in the Hamptons. And a handful of dresses in black florals with puffy sleeves are just the thing for an emo moment or if your ex and your bestie happen to invite you to their summer nuptials.

From his earliest days at Balenciaga, where he reinvented a storied brand and made it relevant to a new generation, and throughout his two year tenure at Luis Vuitton, Ghesquière has always spoken about his passion for exploring dualities. He describes the Resort 2017 collection as a "pictorial explosion" of the duality between nature and urbanism, modernism and tropicality. He cites the influence of Brazilian artist Hélio Oiticica's "clothes of light," in his use of parachute fabric and bright colors. Ghesquière also pays homage to Aldemir Martins, and uses imagery from his famous Pele painting in several pieces including a handbag and a dress. Overall, he describes his greatest inspiration as the Brazilian notion of gambiarra, "the transformation of the available into the essential." But regardless of the sources of his mishmash of his influences, it is undeniable that 45-year-old Ghesquière is one of the most brilliant creative directors working in fashion today, and has just presented one of the most iconic, wearable and memorable collections of his career. As they say in Rio, muito bem.

Hey, I thought you'd like this. You can now use bots to build videos for you automatically for free! Check out pictorybot.com and let me know what you think.

Are you still in business? I used a tool to check your website and saw some major issues. You can check yourself right now for free with https://shineranker.com/ 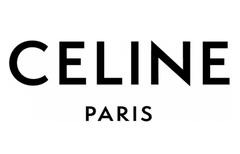 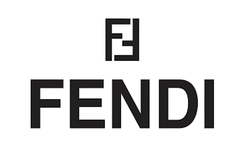